The Empire Recovery Center has been serving Northern California since 1971. The building itself has been a part of the downtown area since 1912, although the building as you see it today was finished in 1919. Originally, it had three separate buildings and businesses, including a cafe, bar, and the hotel that often was a thriving part of the “red light” district.

In the 1930’s, according to our former sheriff, there were more than 127 bars on California Street between Eureka Way and Jack’s Grill. In the late 60’s, Butch Williams, the bartender for the Old Crow Bar, began drying out drunks in downtown Redding.. Noticing his efforts, the city fathers asked Butch to open a place for drunks. Thus was born the Empire Hotel for Alcoholics. Butch enlisted a board of directors, and the program became a non-profit in 1975, and eventually became one of, if not the first, licensed alcohol treatment facility in the State of California. Our license number is 450001.

In the late 70’s, Evelyn came to the Empire, and caught the attention of Butch, becoming his wife and eventually, taking on his role as the Executive Director. In the years that followed, Patti Nealy was Director, and in 2011, Marjeanne Stone took the position.

In 2023 Art Sevilla will become Executive Director Designee, with Bettee Chenowith serving as Assistant Director, and Operations Manager.  The Empire Recovery Center has garnered community support, grants, and has developed innovative programs addressing the individual needs of persons with substance use disorders. Contracts with Westcare, Veterans Affairs, Northern California Counties, Rancherias, and FQH clinics, as well as private insurance have provided sustainability and quality services to our communities.

Since 2021 Drug Medi-Cal has been funding services include withdrawal management (detox) and residential treatment as a covered benefit for individuals who meet the criteria.   Our 103 year old building  has undergone major renovations.  It is now accessible for persons with mobility challenges.  The Empire Recovery Center provides social model, non-medical detox services, and 30 to 90 days’ residential treatment.  And our West Street Outpatient Services Clinic completes our continuum of care. 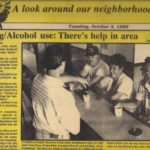